John is a twenty-three year veteran of the US Army Special Forces and US Army Rangers where he served as both a non-commissioned officer and commissioned officer. He has served on and led Special Forces “A” Detachments operating throughout Europe, Asia and Africa and was responsible for the training and deployment of over 1,000 combat troops. In addition to his extensive experience as an operational team member, John served with the Special Operations Command and Control Detachment for combat operations in Somalia. John was also a key member of the Joint Chiefs of Staff directed (CINCPAC IN EXTREMIS) counter terrorist force operating throughout the Asian Theater of operations and has advised and instructed foreign and domestic national level assets in all facets of counter terrorism, high risk facility security measures, and hostage rescue. John was recruited and selected to lead sensitive project missions throughout Cold War Era Europe and is an expert on HUMINT (Human intelligence collection). John currently serves as the Director of Operations and Senior Advisor and is the absolute expert at full realm security surveys and testing protocols.

Frank has been a member of the United States Special Operations community for over twenty years and has completed four combat tours with the US Army Special Forces in support of the U.S. War on Terror. In 2015 Frank was deployed to Iraq in support of Operation Inherent Resolve where he served as the Senior Advisor and Committee Chief overseeing the directing, training, and advising of the Iraqi Counter Terrorism Force and select European Special Operations Coalition units in the ongoing campaign against ISIS. In 2009 Frank was deployed to Afghanistan in support of Operation Enduring Freedom where he served as the senior advisor to Task Force Khowst and the Afghan Special Operations (2nd Commando) Kandak conducting numerous combat operations throughout southeastern Afghanistan. In 2006 he was again deployed to Afghanistan where he served as a member of the joint USSF/SAS Embedded Combat Advisor Team for the UAE Special Operations Forces engaged in combat operations in the Tagab Valley and Urozgan Provinces. In 2002 Frank served as the Senior Advisor to the Afghan Counter Terrorism Pursuit Team (South) conducting special operations missions throughout the Helmand and Kandahar Provinces. As a Senior Weapons Specialist assigned to an “A” Detachment, he has also operated throughout Central and South America where he trained and advised military and police units in counter narcotics, tactical entry techniques, and various special operations parameters. Frank has also served as the Committee Chief assigned to the Special Operations Training – Detachment SOT-D, where he was instrumental in the training of US Special Operations forces in Close Quarters Battle, Advanced Marksmanship, Tactical Explosive Entry and supporting skills. Frank currently serves as the Commander for the Newark (NJ) Police Special Operations Division/SWAT Element. The full time unit’s missions include counter terrorism, hostage rescue, high risk warrant entry and Dignitary Protection Operations. Frank has served on numerous protection details throughout the US and overseas and has trained Dignitary Protection Units in all facets of the protection mission. He holds a Master’s degree in Exercise Physiology from Appalachian State University and has been involved in research pertaining to the unique nutritional and physical requirements of elite special operations forces. EMAIL  »

Marc Callahan has served extensively in various capacities within the US Army Special Forces. As a senior weapons specialist assigned to an Operational Detachment – Alpha (ODA), he trained, assisted, and advised numerous foreign military and police units throughout Central and South America. Mark has served combat tours in Afghanistan in 2003, 2006, and 2009. In his 2006 deployment, Marc served as a Special Forces Team Sergeant where he directed and supervised various SF combat embedded advisors teams assigned to special operations coalition forces to include elements from France, Poland, Romania, and the United Arab Emirates. During 2009 he again served as a Team Sergeant tasked with the advising and leading of the Tier 1 Afghan (2nd Commando) Kandak operating throughout Southeastern Afghanistan. Mark has been assigned as a Committee Chief for the Special Operations Training - Detachment (SOT-D) where he has been instrumental in the training of US Special Operations forces in Close Quarters Battle and supporting skills. Prior to his selection to Special Forces, Marc served with the 3rd Infantry Division in Germany and is a graduate of numerous advanced special operations schools to include the Special Operations Counter Terrorism Course (SFARTAETC). Marc has also been instrumental in the training and advising of law enforcement hostage rescue and dignitary protection units throughout the northeastern United States.

Daryl Conrad is a combat veteran of the US Army Special Forces having served in Afghanistan in 2003 as a Senior Advisor to the Tier 1 Afghan Counter Terrorist Pursuit Team operating from Kabul. He has also served in the capacity of Senior Weapons Sergeant on an “A” Detachment where he was deployed to South America to advise and train numerous foreign special operations forces. Daryl has been instrumental in the development of the Special Operations Training - Detachment (SOT-D) serving as a Committee Chief and NCOIC where he directly supervised advanced special operations training continuously for over the last ten years. Prior to his selection to Special Forces, Daryl was a member of the United States Marine Corps having served with the 8th Marines during the Lebanon conflict. During his service in the Marine Corps, Daryl was also selected, trained and assigned to a Scout/Sniper Team and later served as a Scout/Sniper Instructor. Daryl has operated in the capacity of Protection Agent for numerous protection details throughout the US and has trained Dignitary Protection Units in Counter Sniper and Surveillance Operations.

Paul Carnicella began studying Brazilian Jiu-Jitsu in 2000 under the national Jiu-Jitsu and Judo champion Edson Carvalho. His background also includes American Boxing, Thai Kickboxing, and Russian Sambo. He has competed in the Masters Division at the Mundials where he won his weight division and placed third in the absolute division. He also took second place in the Black Belt Division of the Battle at the Beach in 2007. Paul is currently a member of the Newark Police Emergency Response Team (E.R.T.) and holds the rank of detective. This team is one of the most active SWAT teams in the Eastern U.S.. His Law enforcement background includes the NPD Tactical Auto Recovery Group and Enforcement Team (TARGET), Fugitive Apprehension Squad, Police Academy and Firearms instructor. Paul was also the primary instructor for the Combatives Fighting System developed specifically for police tactical units, elite military units, and protective service specialists. He has served as a protection agent and CAT team member for various dignitary protection missions including the U.S. Secret Service.

Randell Leonard possesses over twenty-five years of specialized counter-terrorism expertise and currently serves as the Select and Training Program Manager for Sterling Global Operations where he is responsible for the oversight and management of multiple classified operational and training projects for various intelligence community organizations, and he concurrently serves as a Senior Advisor for Spartan Group. During his career, Randy has developed, implemented and managed both training curriculum and operational standard operating procedures that were critical to the success of U.S. intelligence missions in semi-permissive and non-permissive environments globally. A former operational member of the U.S. Navy Seal teams he was selected and assigned to the NAVSPECWARDEVGRU, a select group chosen from the top 1% of the Navy, responsible for developing advanced tactics and carrying out classified national security missions. Mr. Leonard served as a Supervisory Special Agent within the Intelligence Community (IC) for five years overseeing and delegating assignments to other agents and managing $15 million worth of weapons, communications and surveillance equipment. He is credited for developing the baseline low- and no-profile protective operations tactics, techniques and procedures used to design the current program curriculum and standard operating procedures for several Government intelligence organizations. Mr. Leonard is a certified U.S. Navy Master Training Specialist and his training expertise enabled these organizations to conduct over 300,000 high threat missions and Counter Terrorism operations with zero fatalities in non-permissive environments. Mr. Leonard currently holds an active Top Secret/SCI clearance with a single scope poly. He has trained thousands of law enforcement officers, military personnel and civilians, and brings that depth and breadth of knowledge to his current position as the Senior Advisor, while continuing his service to our nation.

Eric Jude has had an extensive career operating in various capacities within the US Army Special Forces. As a senior weapons specialist assigned to an Operational Detachment – Alpha (ODA), he trained, assisted and advised numerous foreign military and police units throughout the Middle East and North Africa. In 2002, his team deployed to Kosovo in support of the NATO peacekeeping mission and was assigned to the Polish SOF contingent. During a 2006 tour in Afghanistan, Eric served as a Special Forces Team Sergeant where he directed and supervised the joint USSF/SAS combat embedded advisor team for the United Arab Emirates Special Operations Forces operating in combat support of Operation Enduring Freedom. He also served as a Team Sergeant in 2009 tasked with advising and leading of the Tier 1 Afghan 6th Commando Kandak operating in Wardak and Helmand provinces. Eric has also served as the NCOIC of the Special Operations Training – Detachment (SOT-D) where he directly supervised advanced special operations training and is a graduate of the Special Forces Counter Terrorism Course (SFARTAETC). Prior to his selection to Special Forces, Eric was a member of the 1st/501 Parachute Infantry Regiment in Alaska and has served as a sworn Police Officer for the Memphis Police Department where he was assigned to their full time SWAT element.

Nicholas G. Breiner is a results-oriented Certified Protection Professional and security consultant with over twenty years of progressively responsible security, law enforcement and military experience.  Nick is a hands-on leader and prolific trainer with a proven record of success in the public and private sectors, and possesses operational expertise inside and outside the continental United States.  He has an advanced knowledge of enforcement and investigations, intelligence, program development, team building and crisis management.  He consults for blue-chip organizations in the areas of physical security, counterterrorism, workplace violence, travel safety and executive protection.  Nick possesses over twenty years of specialized law enforcement expertise and currently serves as a Police Lieutenant and shift supervisor where he is responsible for the oversight of all police activity, public safety and law enforcement during a given timeframe for a jurisdiction of over 36,000 residents.  As a law enforcement trainer, Nick has developed and implemented programs of instruction in tactical weapons handling, close quarters combat and counterterrorism, and also pioneered a countywide training program for response to the active shooter where he served as the primary instructor for hundreds of law enforcement officers and provided public information releases to the television and print media.  Major Breiner’s military career spans more than a decade of decorated service in the United States Air Force with four overseas deployments in support of the Global War on Terrorism, Operation Enduring Freedom and Operation Unified Protector.  He is currently assigned as the Senior Intelligence Officer and Chief of Intelligence Branch for the 108th Operations Support Squadron, 108th Wing, Joint Base – McGuire/Dix/Lakehurst supporting flying squadrons from both Air Mobility Command and Air Force Special Operations Command around the globe.  Nick has previously served in the Air Combat Command and Special Operations Command as an Intelligence Officer and Officer in Charge of Intelligence for personnel recovery and combat search and rescue (CSAR) operations in Afghanistan and the Horn of Africa.  He is a Department of Defense certified Antiterrorism Officer, US Air Force certified Trainer, and a Distinguished Graduate of both his commissioning school and Intelligence Officer School.  Nick has also served over fourteen years with the Spartan Group family of companies as a Project Manager, Executive Protection Agent in Charge, Logistics Officer and Adjunct Instructor on numerous domestic and overseas contracts.  He has trained elite military and law enforcement personnel in marksmanship, counterterrorism and executive protection and currently serves as the Chief Operating Officer and Director of Risk Management for Spartan Group. 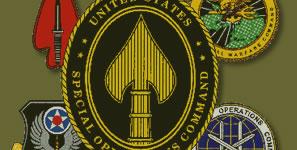